Perhaps not everyone knows that Umberto Eco’s famous Phenomenology of Mike Bongiorno – which in 1963 became part of the Misreadings collection – first appeared in 1961 in Pirelli. Rivista d’informazione e di tecnica in an article entitled “Towards a Culture of Vision?”. It was part of a wider analysis of television and culture, one of the many cultural and social themes that were examined in the Pirelli magazine. It painted a portrait of the television presenter Mike Bongiorno, published at the peak of his popularity, at a time when viewers crowded into cafés to watch “Lascia o raddoppia”, the first major cult show on Italian television. Referring to Bongiorno, Ecowrote: “He does not provoke inferiority complexes, despite presenting himself as an idol, and the public acknowledge him, by being grateful to him and loving him. He represents an ideal that nobody need strive to reach because everyone is already at his level.” As an absolute icon of Italy’s economic boom, the Italian-American compere was “the most striking illustration of superman’s being reduced to everyman” capable of arousing empathy as the bearer of “an immediate and spontaneous allure that can be explained by the fact that he betrays no sign of theatrical artifice or pretence.”

Much has also been said of Eco’s role in the debate on the cultural evolution of comics in Italy. His reflections in an essay originally entitled “Apocalyptic and Integrated” of 1964 were taken up and examined by Eco himself three years later in the Pirelli magazine in “Meditations on a Balloon”: “When I published the semantic studies on the comic Apocalyptic and Integrated, the most supercilious critics asserted that one should not examine such frivolous subjects with the tools normally applicable to Kant.” On the massification of comics, he wrote: “The first scholars of this phenomenon used to gather almost in secret. […] Now, as is only right, theses on comic books appear in various university institutes, conferences are called and communications discussed…” He quotes the Corriere dei Piccoli and Topolino, by way of Cocco Bill, Diabolik, Crepax and Walt Disney. The texts are accompanied by wonderful Roy Lichtenstein lithographs.

“We were the comic-book enthusiasts. We worked mainly from memory. Few of us had collections at home. And those who did would not show them to the others. Or they didn’t know they had them. They only found them later, up in the attic. […] Now Linus has broken down the barrier. Comics are on the national stage now.” It is no coincidence that, after a brief editorial, the first issue of Linus in April 1965 opened with an interview with Elio Vittorini and Oreste Del Buono by Eco. One need only read the first question that Ecoasks Vittorini: “Today we’re discussing something we believe to be very important and serious, even though it may appear frivolous: Charlie Brown comic strips. Vittorini, how did you first come across Charlie Brown?” and one can see how this interview – together with the Meditations and the essay on the “Apocalyptic and integrated” – is actually a manifesto that elevates the comic strip to an acknowledged artistic and literary form.

Not just television and comic strips. Eco’s contribution to the debate on society and mass culture also included pungent reflections on established holidays, as in Protocol 00/03 Lighting Dossier, again in the Pirelli magazine, in 1962. The article reconstructs an ironic correspondence between the devils of Malebolge, who have been instructed to boycott Christmas: “… with that atmosphere of festivity and general benevolence that comes about at that time of year, Christmas celebrations promote cordial relations, for a few days putting international conflicts to one side, and leading people to perform absurd good-neighbourly actions such as giving gifts, doubling employees’ wages, and entering into civil conversations. Precisely in order to avoid these dangers, I asked your predecessor and I ask you now to prepare a master plan for the area of Milan, which we have chosen as a sample.”

And again on the subject of Christmas, in 1963, in a letter to his son: “And I will teach you how to play very complex wars, in which the truth is never on one side alone…” “But if by chance, when you grow up, the monstrous figures of your childhood dreams, with witches, kobolds, armies, bombs and mandatory military service still exist, who knows if you will not have acquired a critical consciousness with regard to fairy tales and if you will have learnt to act critically in the real world.”

Umberto Eco’s relationship with Pirelli went beyond the years when the magazine was published. For example, when interviewed in 2011 about the exhibition entitled Rubber Soul: Aesthetics and Technique in Step with Fashion curated by the Pirelli Foundation at La Triennale di Milano (21 June-24 July 2011), he said: “In this wholly intangible exhibition, one made of images, history and interpretation, we see not the portrait of fashion, but a portrait of the image of fashion. And it is precisely this that makes its representation so relevant today.” “…As we have already said, there are no objects, just representations, so as to shift our focus from the tangible aspect of fashion to the level of dreams. Indeed, fashion evokes and produces dreams, especially now.” 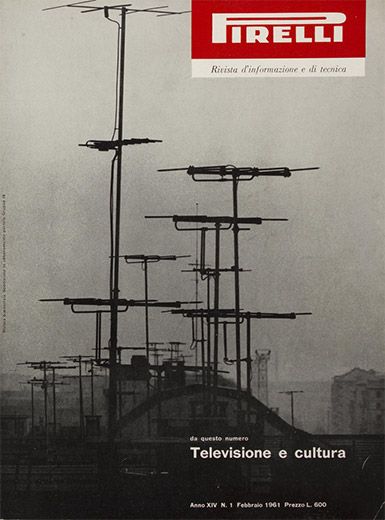 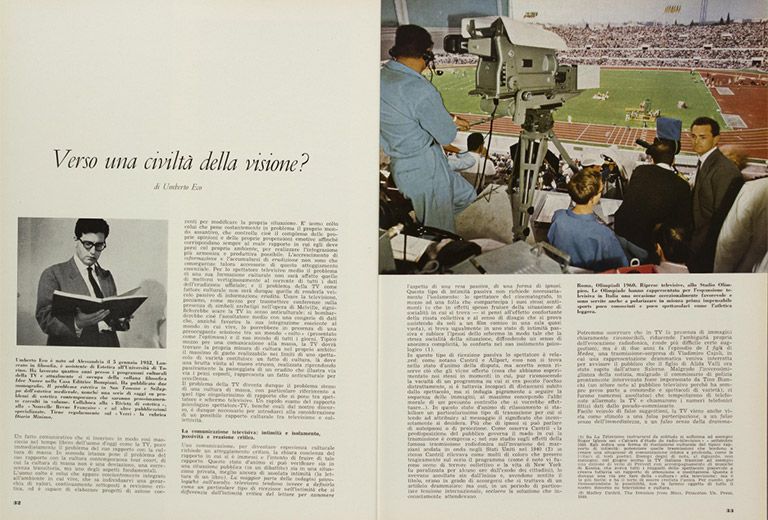 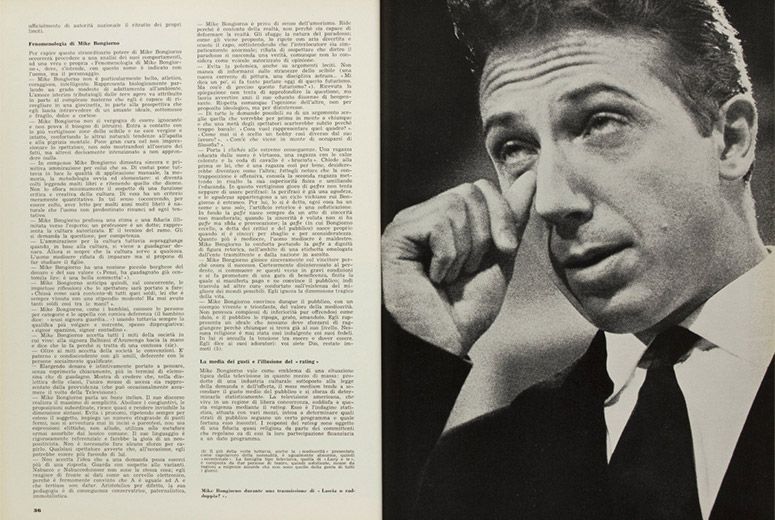 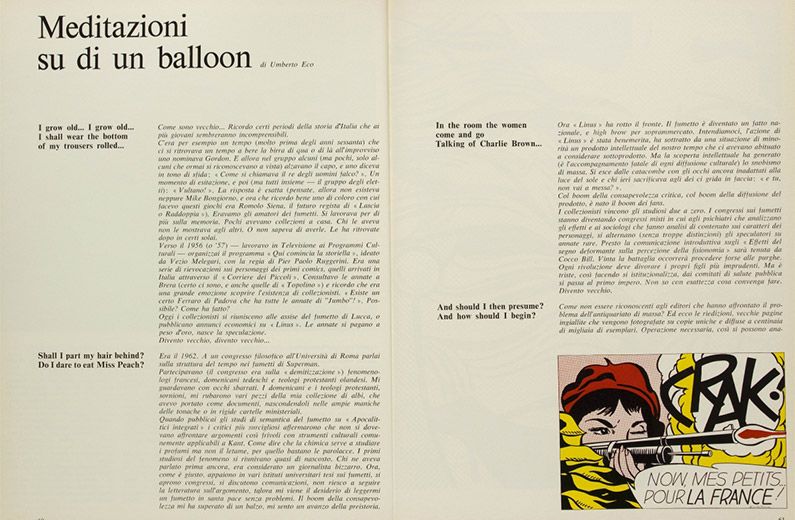