About theme of “Pirelli and photography”, Pirelli magazine has been looking at great photo shoots inside factories: shots that capture the act of work for eternity, freezing the motion of machines, and giving dignity to human hands. In many cases, these photos were for Pirelli magazine, which from 1948 to 1972 often investigated the relationship between people and work. And “factory reporters” were joined on the pages of the magazine by other great photographers who, in their various ways, helped create a visual story of the world of Pirelli.

One of the finest was Fulvio Roiter. The great master from Venice made his debut in Pirelli no. 6 in December 1962 with “There is no sea in Miletus harbour”. The report opened with a magnificent view of Istanbul at dawn. For the magazine, Roiter was constantly on the lookout for unknown lands and, drawing a map year after year, issue after issue, cover after cover, he created a world of images of immense value for Pirelli. Readers travelled with Roiter through the brilliant green forests of rubber trees in Brazil, through Tehran surrounded by desert, all the way to Maya temples in Mexico and the bright blue vineyards of Madera.

While Fulvio Roiter was entranced by the spectacle of nature, it was life stories that captured the eye of another great photographer, who also worked for the magazine throughout the 1960s: Ugo Mulas. Strictly in black and white, the miner from the Mont Blanc Tunnel passed silently by in front of the Milanese photographer’s lens, followed by Don Zeno Saltini, founder of the community of Nomadelfia, brokers at the horse market, with their felt hats and kerchiefs around their necks, schoolchildren in Chiesa Rossa, and women who became “angels without a hearth”, since work allows for no distinction between the sexes. And with them came the giants of art, such as Lucio Fontana, Alberto Giacometti, Fausto Melotti, and Henry Moore, with their torn canvases, blocks of marble, and crumpled bronzes.

The photo shoots by Pepi Merisio, born in Caravaggio in 1931, conjure up visions that recall those of the filmmaker Ermanno Olmi, his contemporary and fellow countryman. Here the subjects are mountain homes and flocks of sheep, boats fishing by lamplight in the Ligurian Sea, and the farmhouses and villages of Lombardy. We end this tribute to the masters of photography who worked with Pirelli magazine with Enzo Sellerio, and two of the shoots he made for it: “The volcano in bloom” in 1964 and “Desert of stone” in 1968, which tell the story of Etna in pictures, a “battle with a giant of power and patience” and the earthquake in Belice, where “in one night, the homes and churches all became a motionless desert of stone”. Where silence now reigns. 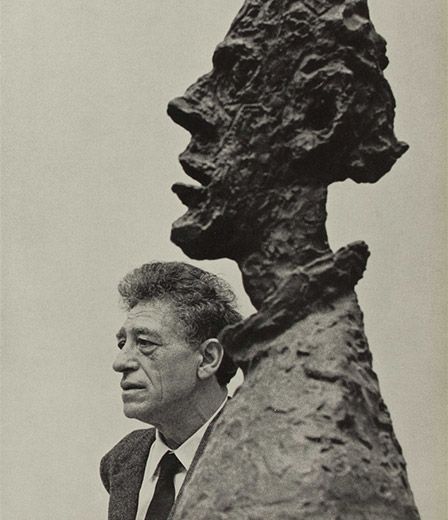 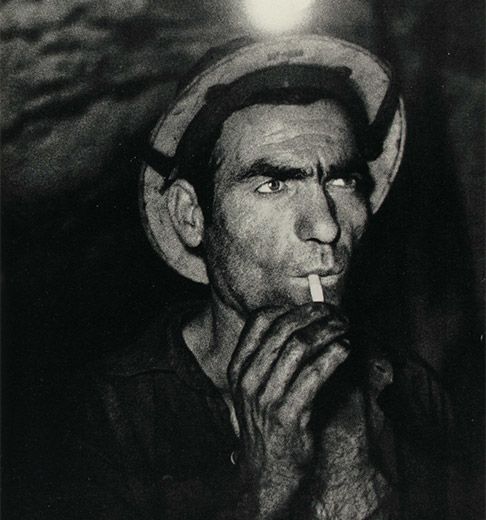 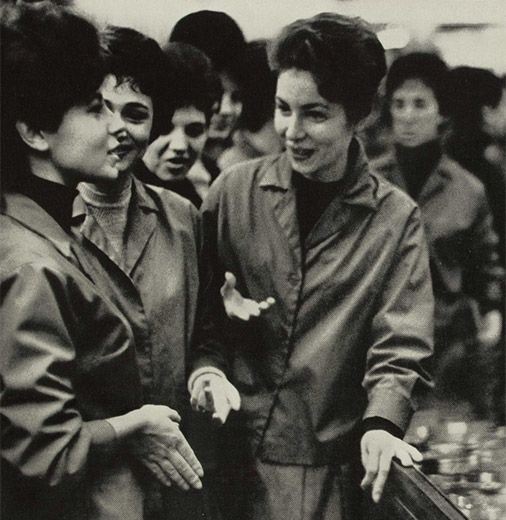 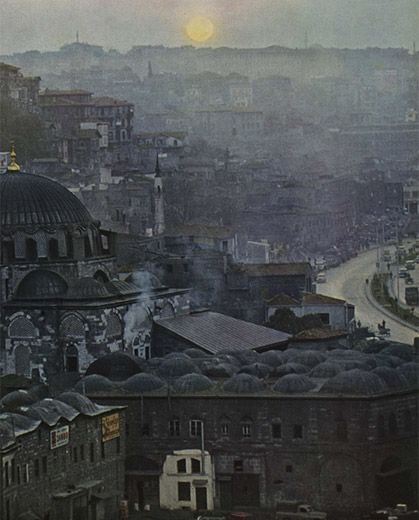 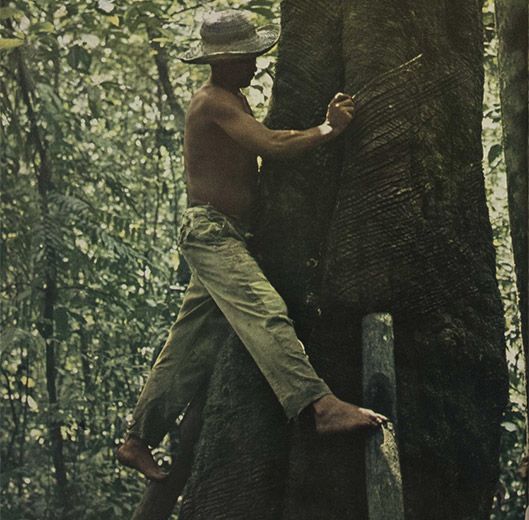 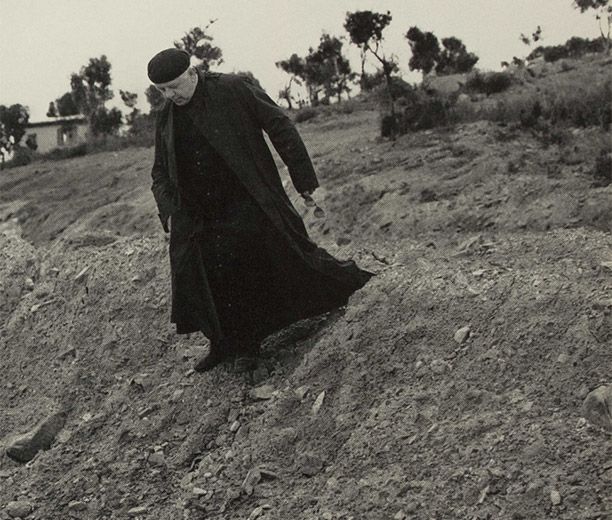 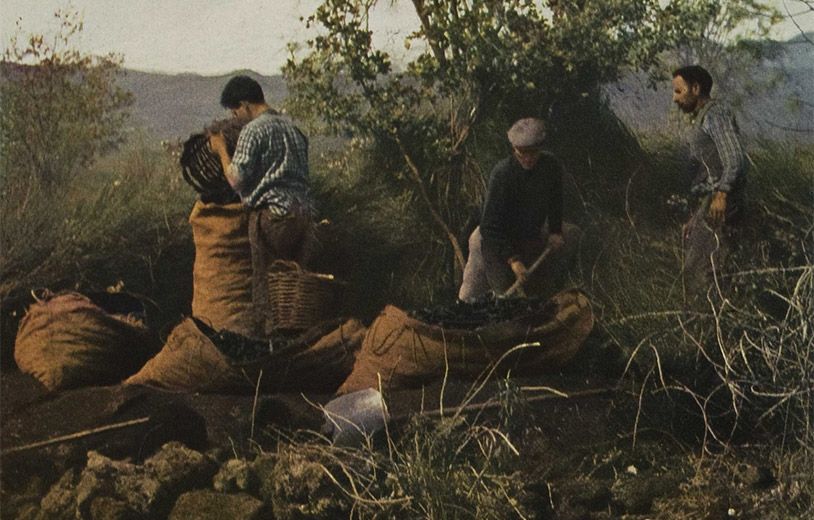 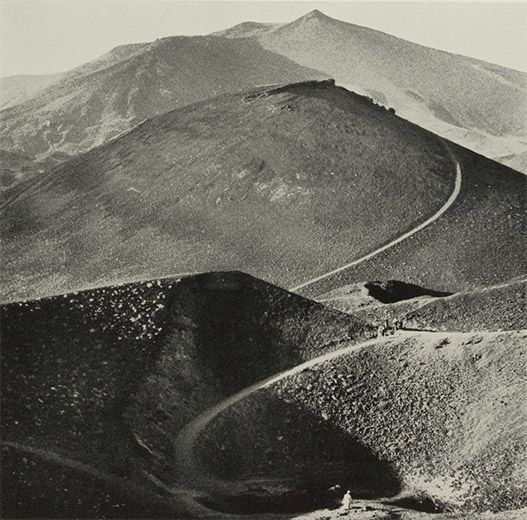 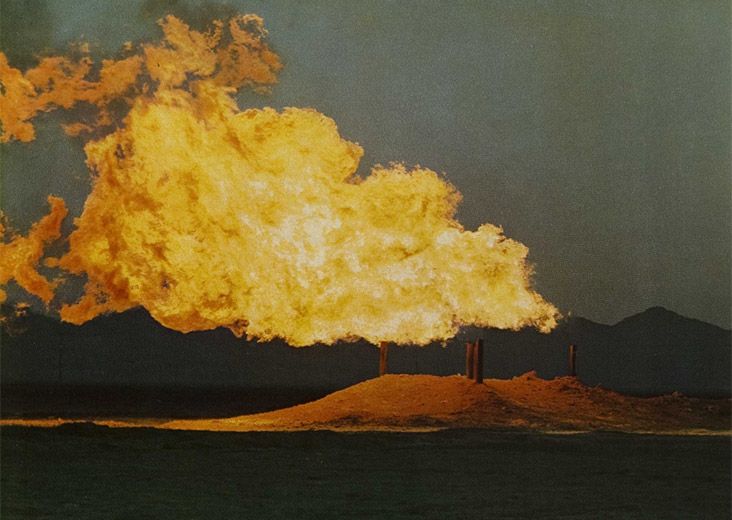 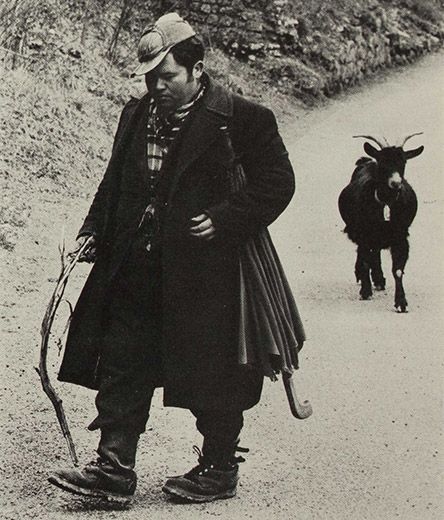 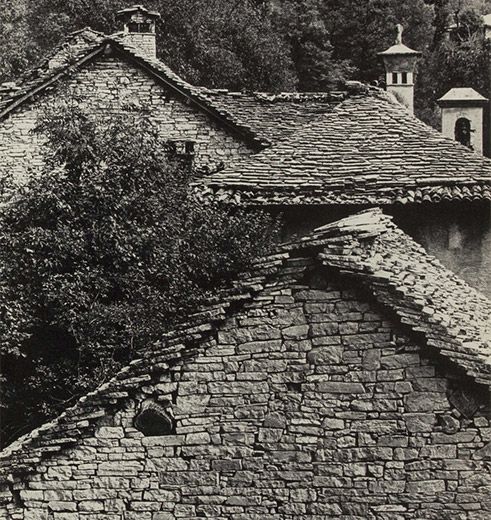 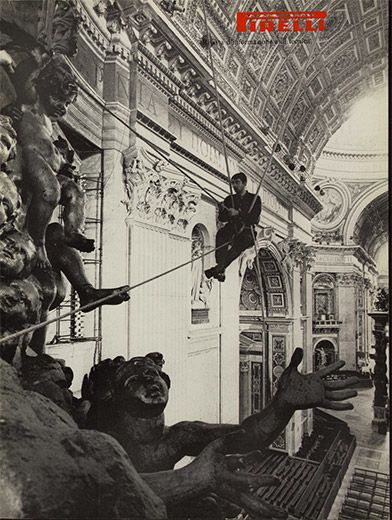 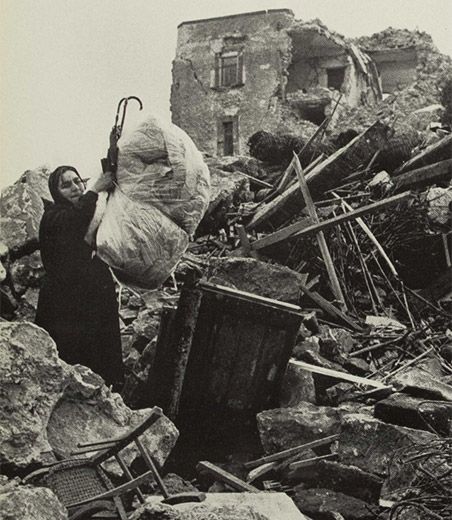