“Okay, I won’t take you to the moon!” were the words that launched the advertisement for the Pirelli Cinturato, created in the summer of 1969 by Centro, the Group’s in-house communication agency, which had its office on the 25th floor of the Pirelli Tower. “But here on Earth, the Cinturato will take you wherever you want, on any road, in any weather…” Next to the advertisement was the outline of the Moon that, in July fifty years ago, burst into the popular imagination, with Neil Armstrong‘s small step and our great leap, to the exclamation “He’s touched it!” from the commentator Tito Stagno live on RAI television.

The Pirelli house organ Fatti e Notizie devoted the cover of its July-August issue to the Apollo 11 landing, celebrating “a human endeavour that opens up for all mankind a new hope for peace and brotherhood”. In this issue, it explains how some components of the highly sophisticated count-down system were supplied by Solari, a Pirelli subsidiary based in Udine. Throughout the first half of 1969, a series of commercials called “The Adventures of Man” was aired in the Carosello advertising break broadcast by RAI in the early evening slot: made by Gamma Film and directed by Roberto Gavioli, the commercials, which started with the Pirelli Cinturato, reminded the Italians of the great steps achieved in the space race, from the Sputnik satellite in 1957 to the first cosmonaut Yuri Gagarin in 1961, and the Gemini 6 mission in 1965. And in December 1968, the Apollo 8 mission blasted off: the Moon was getting closer.

The race to the Moon had a huge impact on public opinion: Pirelli magazine could hardly fail to convey this climate of immense enthusiasm but also of ethical doubts. The magazine had already begun to deal with outer space back in 1956, when Sir George Thompson, Nobel Laureate in Physics in 1937, had his say on “What I think of interplanetary travel“: a first assurance that the conquest of space would be a far remove from comic book science fiction. In 1965 Ugo Maraldi wrote “A spaceship to the Moon“, a report on the mission by the American astronauts LeRoy Gordon Cooper and Charles Pete Conrad: eight days in orbit and 120 times around the Earth, covering five and a half million kilometres. By now the Moon was really close: also in 1965 Riccardo Musatti published an article entitled “Design for the Moon“, which started from the design of the astronauts’ space helmet to introduce “the work of hundreds of American designers involved in the Apollo space project”. In March 1969 came “The Brain of Houston“, an article by Antonio De Falco, which explained how “Three men have been around the Moon, and another three are preparing to set foot on the lunar surface”: the race was on. Apollo 9 had just embarked on the penultimate stage of approaching the lunar orbit: soon Apollo 10 would be on its way, and the Moon would be within reach. The departure of Apollo 11, scheduled for 20 July later that year, reminded us that “the world trembled, thrilled and inspired, day after day, hour after hour”. 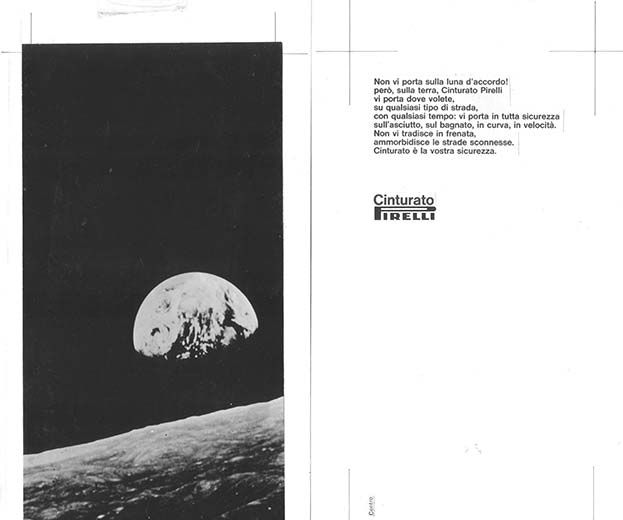 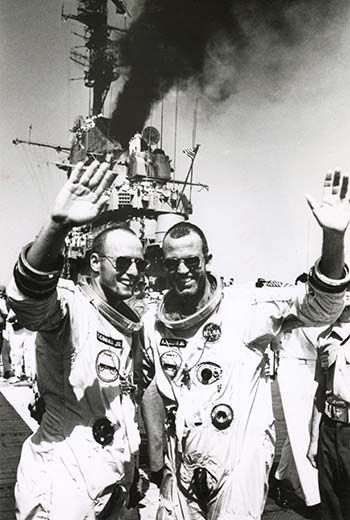 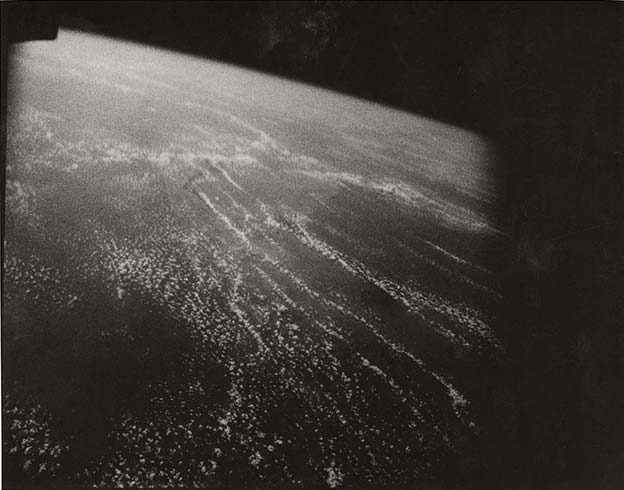 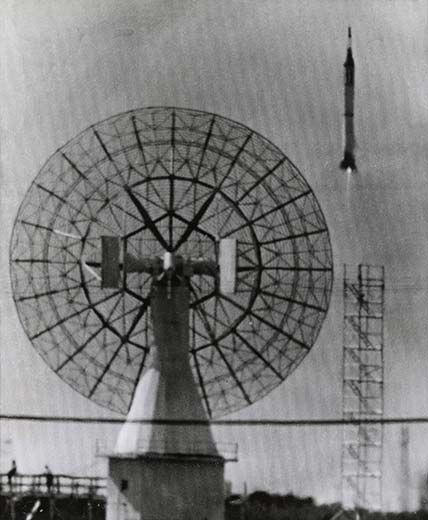 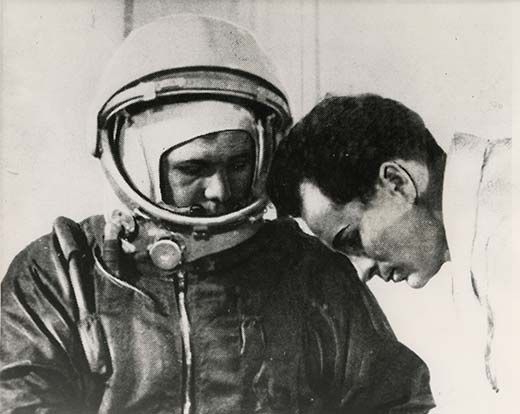 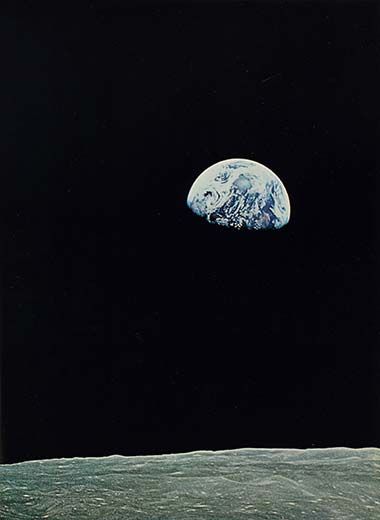 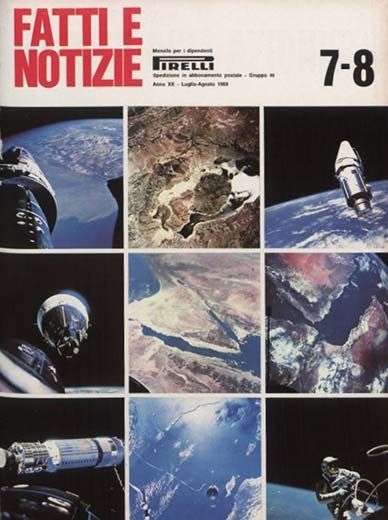 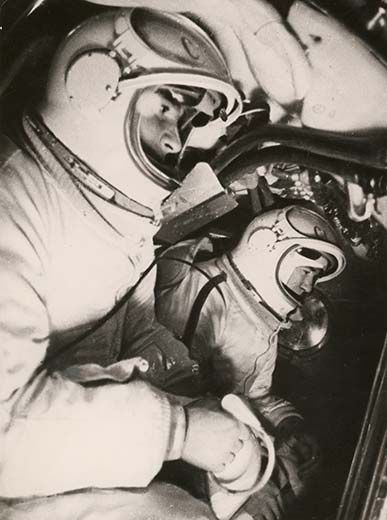 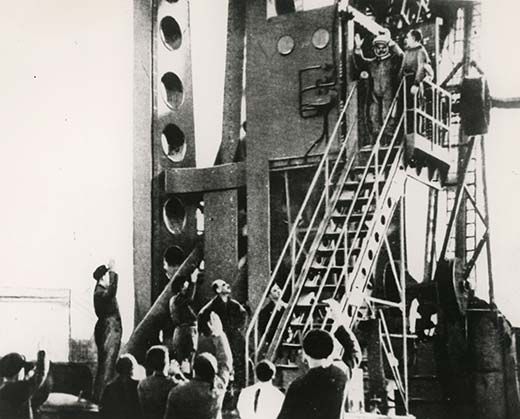