Summer. Time for holidays and chatting and reading on the beach. So why not talk about the time when Marilyn Monroe… or when Ian Fleming… or when Ingrid Bergman…. Yes indeed, because they’re the stars of these little summertime tales of ours about Pirelli holiday products. Because in over 140 years of manufacturing, Pirelli has produced countless articles for the holidays: from diving masks to inflatable mattresses and rubber dinghies to swimming costumes in Lastex yarn.

It was the summer of 1949 when a Californian photographer, André De Dienes , immortalised a stunning girl in a bathing suit on Tobey Beach. The girl was  Marilyn Monroe.
“I had bought a couple of bathing suits. One white and one pink. And then two umbrellas; those ones that protect you from the sun. One white, and one red with white polka dots. And a bunch of silk scarfs. My idea was that, at a certain point, the model would take off the costume and cover herself only in silk. And dance for me, in the wind…”

A few years later, in 1952, when Marilyn was no longer just some unknown model but had already starred in four films, including Howard Hawks’s Monkey Business, with Cary Grant and Ginger Rogers, one of the shots was used to advertise a new material. This was an elastic yarn called Lastex, made by Pirelli Revere, which was also used to make bathing costumes. A selection of these models was published in Pirelli magazine in 1956 together with a story by Gianna Manzini called “Donne al mare” (Women at Sea).

And what happens when a beautiful actress (Ingrid Bergman) writes a letter like this to a famous director (Roberto Rossellini)?

“Dear Mr Rossellini, I saw your films  Rome, Open City  and  Paisà  and enjoyed them very much. If you need a Swedish actress who speaks English very well, who has not forgotten her German, who is not very understandable in French, and in Italian knows only ‘ti amo’, I am ready to come and make a film with you.”

And they really did make the film: Stromboli: Land of God – and the two of them fell in love. Between takes, Roberto showed Ingrid the wonders of underwater fishing. Who knows if it was the diving mask that caused the spark between them?

But the mask still had many a story to tell – but here we’ll let someone else tell it for us. His name? Ian Fleming, creator of the world-famous secret agent 007. In his 1966 book Octopussy he wrote:

“‘You know what?’ said Major Dexter Smythe to the octopus. ‘You’re going to have a real treat today if I can manage it.’
He  had  spoken  aloud,  and  his  breath  had  steamed  up  the  glass  of  his   Pirelli  mask .  He  put  his  feet down to the sand beside the coral boulder and stood up. The water reached to his armpits.  He took off the mask and spat into it, rubbed the spit round the glass, rinsed it clean, and pulled the rubber band of the mask back over his head. He bent down again.”

Have a great summer! 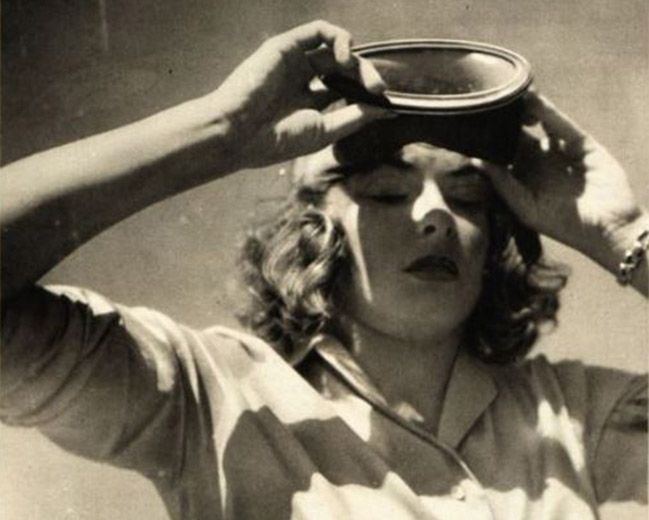 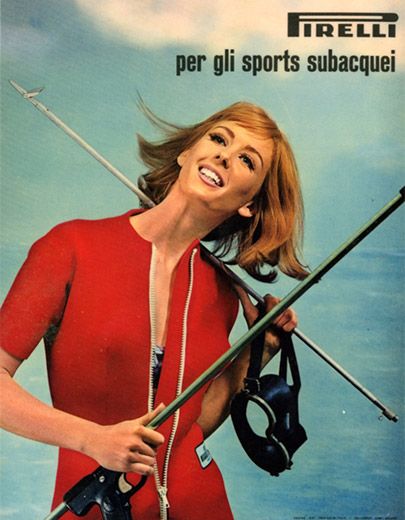 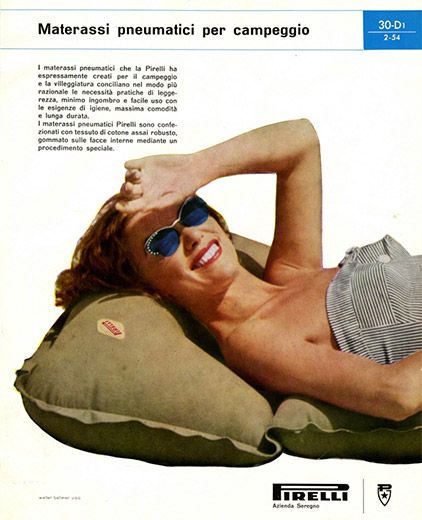