As an essential part of the complex relationship between man and machine, sound could not stay far from the pages of Pirelli magazine, which during those initial years of post-war renaissance, was itself helping to bring about a modern conception of corporate culture. “Music and machines” was indeed the title of an article written by the illustrious music critic Silvestro Severgnini, one of the founders of the Pirelli Cultural Centre, and published in issue no. 4 of 1949. It took readers on a concise but profound journey through contemporary music inspired by mechanical labour. As well as Maestros Stravinsky and Prokofiev, the “chant” of the threshing machine by the composer Darius Milhaud and the sound of the foundry by Alexander Vasilyevich Mosolov, what struck Severgnini’s musical sensitivities was “Pacific 231” composed by Arthur Honegger in 1923. This is a symphonic representation of “a 300-ton train hurtling through the night at 120 km/h: a visual impression, a physical pleasure”.

The distance between “the music of work” and “music for workers” is small, and this was the title of an article that appeared in issue no. 4 of 1952, on the influence of music on workers’ productivity, a characteristic subject taken from 1950s psychology in America. The conclusion is not hard to imagine: music has industrial merit and its use at the workplace raises productivity and reduces accidents, with improvements of up to 25%. Never mundane or predictable, and always open to the emergence of new social phenomena, Pirelli magazine returned to the subject of music a few years later, at the height of the 1960s, with all the innovation, change, and even revolution that the period brought with it.

In terms of music, the litmus test of epoch-making change was the blues. “The archaeologists of blues” was the title of an article in issue no. 5 of 1965, and it was immediately clear that, for the author – the music critic Arrigo Polillo – it was the end of an era. From New Orleans to Greenwich Village in New York, the good “old timers” – King Oliver, Louis Armstrong – had all stopped playing: traditional, harmonious “black music” had given way to protest jazz, and to the anger of John Coltrane, and even to the avant-garde intellectualism of the “far-out cats”. A far, very far remove from ordinary folk, who were now looking to rock. But in Polillo’s view, “kids will soon get tired of their little yé-yé orchestras and singers with long mop tops and flat guitars around their necks, and they will come back to jazz musicians”.

Philippe Carles and Jean-Louis Comolli went further still in their historical-sociological dissertation on the blues in “Black Music”, published in no. 9 of 1971, one of the magazine’s last issues. The political critique of the 1970s had moved in and “black music” was now a form of political awareness: a far cry from the “music of machines” celebrated just a couple of decades earlier on the same pages of the magazine published by Pirelli. In 1971 the magazine also made its contribution to the debate on musical education in Italy, in an interesting article that the author, Corrado Augias, ended like this: “If you are familiar with Bach, it is quite likely that you will end up liking the Beatles too.” 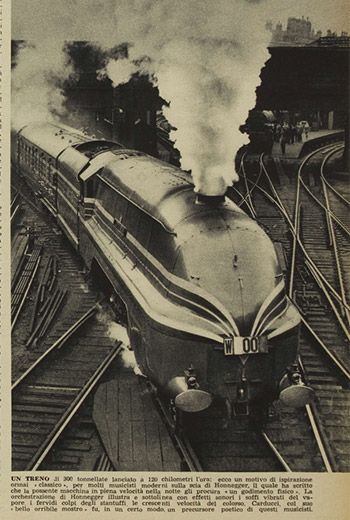 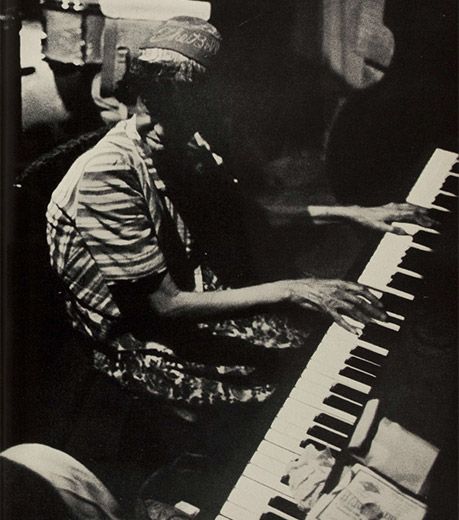 Vittorio Sereni, an Inter-Fan Poet in the Pirelli Press Office
Cultura e Letteratura
The Moon Viewed from the Tower
Science and technology
Stories in Pictures: The Great Photographers of Pirelli Magazine
Photography
Mountains of Paper: Pirelli Magazine on Mountaineering
Culture and literature