Published from 1948 to 1972, generally bimonthly, and on regular sale at newsstands, Pirelli magazine was launched with the declared aim of combining technical-scientific and liberal culture. The magazine published articles that ranged from art to architecture, through to sociology and economics, urban planning and literature. The journal was the brainchild of Arturo Tofanelli, who was chief editor until 1957 with Giuseppe Luraghi and Leonardo Sinisgalli. Its aim was to make the company’s technical and business culture part of the culture of society at large. After Tofanelli, the editor-in-chief was Arrigo Castellani, the “Propaganda Director” of Pirelli and, in the final years, Gianfranco Isalberti.

Compared with other company house organs published in those years, Pirelli magazine was a case apart right from the first issues. This was especially apparent in its interest not only in poetry and literature but also in the figurative arts, and it soon became a benchmark for later company publications. The role of painters and illustrators in Pirelli magazine became increasingly important in the second half of the 1950s and in the first half of 1960s, but waned in the second half of the 1960s. This was when photography gained the upper hand, with celebrated photographers such as Ugo Mulas, Arno Hammacher, Federico Patellani and Fulvio Roiter, among others. The magazine’s focus on illustrations was partly a natural expression of the cultural climate in Italy, and particularly in Milan, from the 1930s to the immediate post-war period, when there was a close bond between artists and writers, industry and literature, art and advertising.

Under the pen-name Franco Fellini, also Giovanni Pirelli signed six articles in Pirelli: Rivista d’informazione e di tecnica between 1954 and 1959. The articles published in the February and April issues of 1959 were about a trip to Egypt that Pirelli went on with his friend Renato Guttuso. The idea was to document the construction of the Aswan Dam for a report to be published in the magazine. The first article, “Where the Nile is the only road”, tells the story of Giovanni Pirelli’s journey through Sudan and Egypt in December 1958. The second article, “The message of Seneb the Dwarf”, is about how Pirelli’s journey along the Nile continued, together with his wife Marinella and Renato Guttuso and his wife Mimise, at the beginning of 1959. The articles were illustrated by 16 drawings made on location by Guttuso, some of which are now preserved in the Pirelli Foundation. 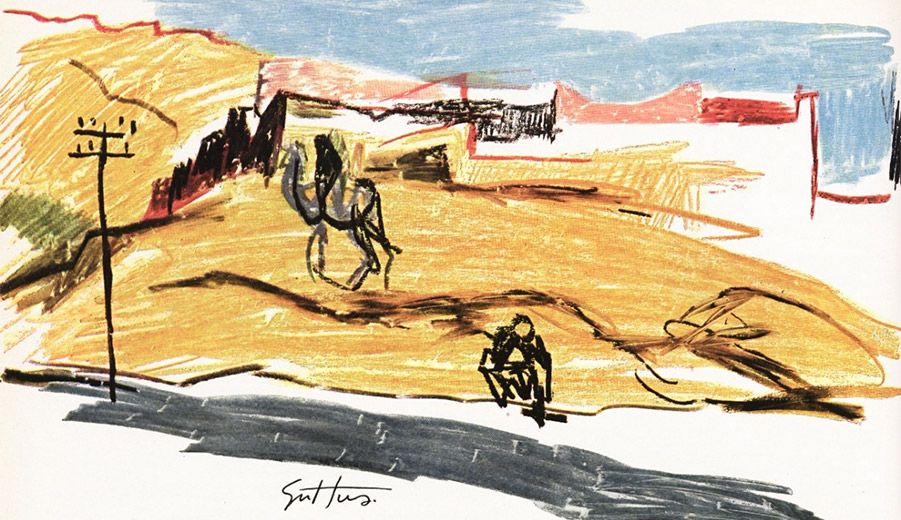 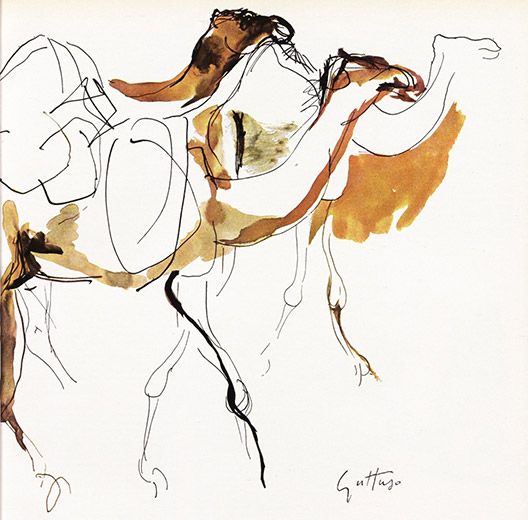 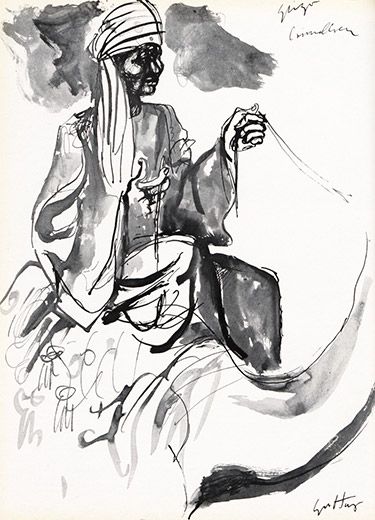