The first, Gianni Brera, was a “Gran Padano” from San Zenone al Po. Born in 1919, he was a partisan in the Republic of Ossola from 8 September 1943. The second, Nino Nutrizio, a Dalmatian born in 1911 in Traù – Trogir when it became Croatian – was a prisoner of war in India until 1946. The destinies of Gianni Brera and Nino Nutrizio – possibly Italy’s greatest sports journalists in the twentieth century – were fated to come together in the world of newsprint in Milan as it struggled to return to life after the war. Brera had been into football since he was a boy and in 1945, back from the front, he ended up at the Gazzetta dello Sport. He became its director just a few years later. Nutrizio had been with the Secolo XIX but the events of the war meant that, when he returned to mufti, he had to start again from scratch as a journalist. In 1952 came his great break, when the industrialist Carlo Pesenti made him editor-in-chief of La Notte, Milan’s evening paper. It was to be a resounding success.

Shortly after, in 1956, Gianni Brera took over the sports desk of Il Giorno, and the newspaper’s sales rocketed. The two directors of “the day” – Il Giorno – and “the night” – La Notte – could hardly fail to meet up on the pages of Pirelli magazine, which already in those sparkling 1950s was attracting the finest pens around. Football – a national sport, together with cycling – was naturally the domain of Gianni Brera and Nino Nutrizio. And, as it still does, it called for the greatest critical powers. Nutrizio never got over the immediate elimination of Italy from the World Cup in Switzerland, in June 1954, nor did he like the fact that the seventeen-year-old Giuseppe Virgili went from Udinese to Fiorentina for the astronomical sum of 60 million lire. In an article entitled “The Sick Millionaire” in no. 4 of 1954, he wrote that everyone in the world of sport – footballers and cyclists, motorcyclists and gymnasts, trainers and directors – was being ruined by the money god, “to earn so much money, so as not to work in the fields or on the shop floor, to have a beautiful house and a beautiful car, to wear beautiful clothes…”. Brera echoed his sentiments a few months later, in January 1955, with “The Tough Life of a Footballer”. “Possibly because it’s been gradually slipping into a gladiatorial struggle and thus into a blatant striving for lucre, Italian sport has not yet found worthy master singers” – the opening words of the article say it all. That same year, in issue no. 6 in December, Nutrizio had it in for defensive football: the notorious close-defence system was “an odious spectacle in at least six out of every nine games each Sunday” and a symptom of a “worrying decline of Italian football”. In his article in January 1957, Nutrizio warned, among other things, that this sort of mentality meant running the risk of not even making it to the World Cup in Sweden just a few months later. History has the story: Italy failed to qualify. The 1958 World Cup was won by Brazil, who beat their hosts, Sweden. Brera, a known aficionado of “Italian-style” defensive football, which Nutrizio detested, was at last able to welcome the transformation of the South Americans from “squandering cicadas” to “ants”, who were careful and cautious in defence. It was a “Metamorphosis”, as Brera’s last article, in issue no. 4 of 1958, was titled.

Brera and Nutrizio were truly two great visionaries of football – one need only re-read their articles in Pirelli magazine to see how relevant their observations still are today. 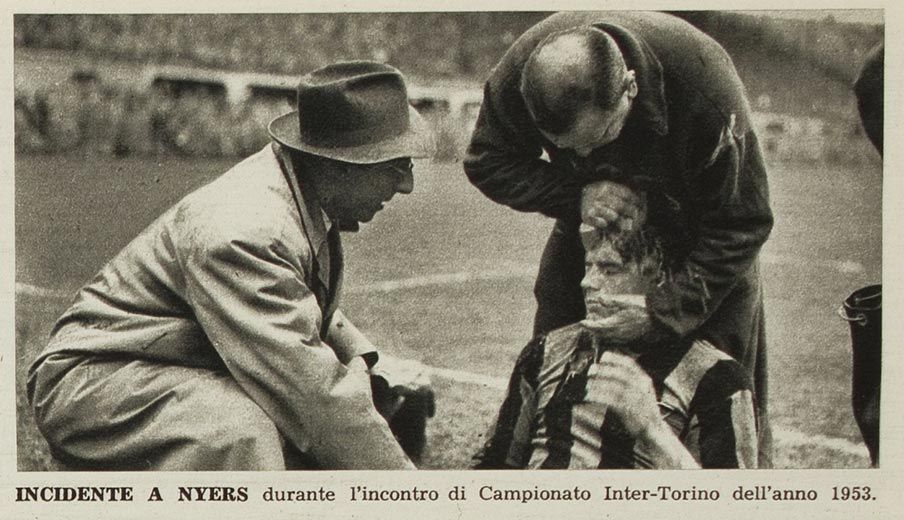