Television is threatening cinematic storytelling, just as in its own day cinema threatened theatrical performances. To distinguish itself, the cinema must replace the external time of television with its own interior time, more closely resembling that of a novel. This is the path to which works such as La Notte, Hiroshima Mon Amour, and Breathless seem to point

When we talk about literary film – and in recent months we have done so with increasing frequency – we must first of all agree on a definition. […] I think that today we should consider literary film not solely those works that copy or make use of literature, so much as those that place themselves on its same level. The content does not change, or even fundamentally the form, but rather the relationship between the creator and his work, between the director and how he views his job. Above all, the “tempo” of the film changes, the rhythm of the story, which in cinema traditionally has been tied to dramatic development, meaning a progression of events. In other words, you might say that cinematic convention in the best of cases leads to 19th-century drama and romance, or rather to an extreme simplification of those frameworks dictated by the relative brevity of the programme. For how long have we heard it repeated that everything taking place on the screen must always be necessary to the purposes of the story, that cinema will tolerate neither dispersion nor reflection – basically, that everything must be sacrificed to the rhythm of the action?

[…] Thus literary cinema is cinema that, by rejecting all the conventions of the programme, courageously chooses the level of the novel, accepting its difficulties, its apparent digressions, and even its uncertainties. The story, understood as a series of events, at best becomes a pretence for recounting something that comes before the story, something that lies behind its characters. It is exactly the opposite of film as spectacle, in which everything must be organised according to the criteria of necessity, or at least expressive magnificence. Just to give two examples in that direction: La Dolce Vita and Rocco and His Brothers.

And in the other direction, that of literary film, what example might we choose? I believe that no film corresponds to – and in some ways more fully realises – what we have said about literary film better than Antonioni’s La Notte (The Night).

For this reason as well, La Notte is a work of exceptional importance in the history of cinema, and Antonioni’s storytelling style, so stubbornly faithful to itself, so impervious to trends, so isolated in its own counter-current efforts, reveals itself today, in its full maturity, as the truly new language, as the only one from which Italian cinema can expect a complete renewal. […] And it is precisely in Antonioni’s case that the definition of literary cinema takes on the meaning of cinema at a literary level. Indeed, La Notte can be judged, although with different critical tools, to be on a par with a novel by Moravia, keeping in mind that Moravia’s language is exquisitely cinematographic in nature, to the point that it verges on pure cinema. But what is the distinctive character of La Notte, and thus of literary cinema? I think that above all it is a question of choosing the “tempo” of the story. And in fact Antonioni’s “tempo” is so contrary to every rule on timing in conventional cinema that it was bound to collide fatally with the majority of the public. Hand Proust to a reader of comic books and you will get the same result. Antonioni invented his own narrative time while that of cinema has remained unaltered. Only the length of the film changes, and with the length, the bulk of the things that are in the film, but the proportion stays the same. If one minute corresponds to one thing, an hour corresponds to sixty things, and three hours to one hundred eighty. Antonioni on the other hand has made a two-hour film with one and the same thing, I’d say the same situation, even the same material. And in fact, does not half the film consist almost entirely of material centred on Moreau?

I believe that this is Antonioni’s new contribution, and why his film also seems such a thrilling phenomenon culturally. All the more so because the competition of television prompts a review of all the conventions related to language through images, and first of these is that of narrative timing.

Let’s take serialised novels. Some novels have already been adapted for video and for the screen, stretching to six or seven hours in the first case, to two in the second. This means that in both cases a business-based criterion (I mean precise economic calculations) was obeyed, and where it is in the interest of television to expand, it is to the advantage of cinema to contract the narrative material. The tempo of the cinematographic production, not so much the two hours of the programme as the number of events that are usually expected in those two hours, is therefore a convention dictated by economic presumptions rather than by any aesthetic necessity. But the surprising thing is, save for rare exceptions (Stroheim), no one has rebelled against this tyranny.

On the other hand, the very presence of television today is throwing cinematographic storytelling into crisis, just as in its day cinema did for theatre performances. Now while on the level of the quantity of things it offers, television will presumably remain unbeatable, precisely because of its ability to produce endless programmes longer than any Ben Hur or Spartacus, the cinema, in order to differentiate itself, must replace the entirely external and anecdotal rhythm of television with its own interior tempo, closer to that of a novel, but a novel understood as an independent form, not secondary and illustrative. Just as, I believe, Antonioni is doing.

However when we talk today of literary cinema, we also mean something else: Hiroshima Mon Amour, for example, is a film only partially realised, often irritating, suffering from literature in the worst sense of the term, but also thrilling on the level of language, that is, the search for an independent language […].

Another way of understanding literary cinema – coming once again from France – is the caméra-stylo: the camera understood as a fountain pen. It is a happy formula even if it does call to mind more advertising slogans than serious aesthetic premises. Still, cutting costs and reducing the production apparatus makes it possible to be more agile and free when shooting (or writing, if you prefer) to an extent that is difficult to find in normal productions. The two most interesting exponents of this current seem to me to be Truffaut in his The 400 Blows and especially Godard in his Breathless. […]

To conclude this brief discussion, I should point out that not the least of the merits of literary cinema is its having abolished – or at least reduced – the boundaries between the expressive possibilities of cinema and of literature. Many things that were forbidden until recently have become attemptable, and even the producers are no longer spooked by names like Mann, Kafka, or Joyce. It may even be that in the next few years we will have an excess of literature in the cinema, but it will still be a beneficial counterbalance of intelligence after many decades of mental laziness. And it will be precisely in the direction of literature, that is, of the search, and of open dialogue, and of the invention of a different style each time through a particular narrative rhythm, that Italian cinema – having just left behind that youthfulness that coincided with the fresh discovery of reality (neorealism) – will be capable of deepening its own discussion, extending it to all areas, including the murkiest and most evasive, of awareness. 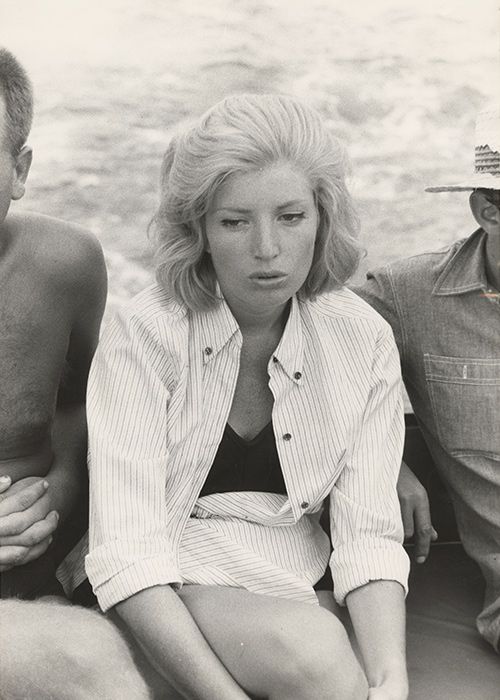 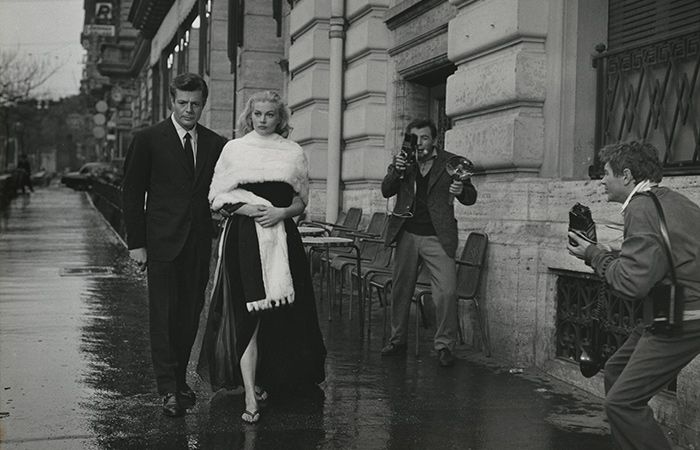 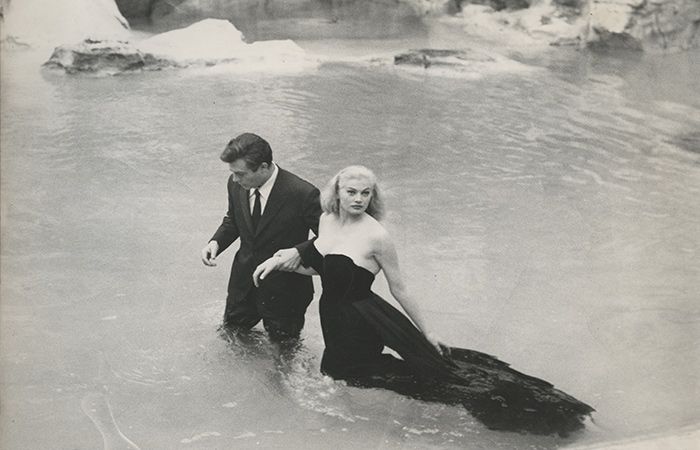 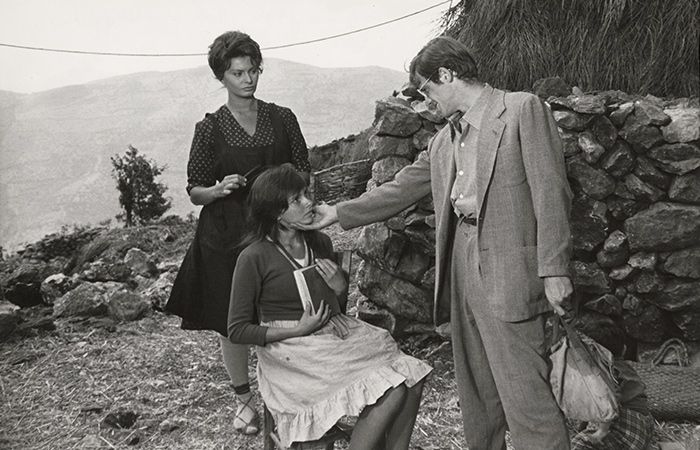 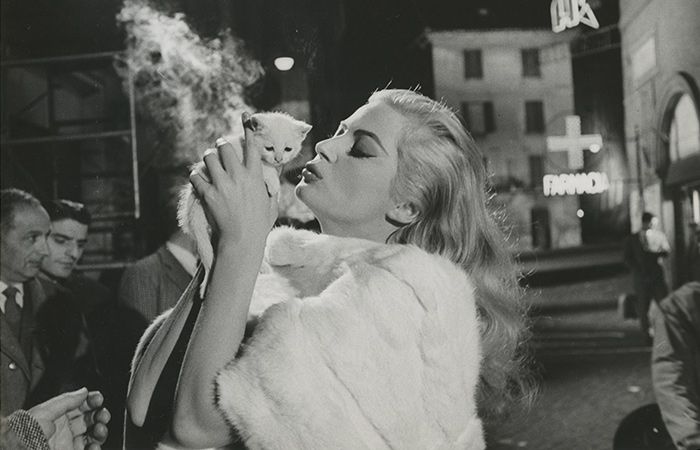