In 1945, the Italian film-making industry didn’t exist. The Cinecittà “studios” were being used as a refugee camp. Hundreds of families found refuge in the studios, partitioned off with plywood and curtains. The equipment was missing, having been hauled off to Germany by the Germans, or lost in sheds in the north. With negligible results, the Fascists had attempted to start producing at the modest facilities in Venice. But it was with Roma città aperta (Rome Open City) that, by chance, out of sheer necessity, Neorealism was born and the story of great film-making begins.

There were no suitable locations for reconstructions; electric power was insufficient; costs had to be kept very low since market potential was limited and uncertain. First Roberto Rossellini, then De Sica took their film cameras onto the streets, amongst the ruins: they wanted to document the tragic narrative of the time. As Zavattini says, “Whatever is human truth is ours”.

So the powerful images of Roma città aperta, Paisà (Paisan), Sciuscià (Shoeshine), and Vivere in pace (To Live in Peace) riveted the attention of critics and audiences throughout the world. They liked our authentic stories, the language without refinement, the spontaneity of the actors. Anna Magnani and Fabrizi became famous, and paved the way for the celebrity of Mangano, Lollobrigida, Pampanini. We had invented a genre. We excited the easy audiences of South America just like Charlie Chaplin, Clair, Dreyer. Nationalists were indignant because directors presented us to the world in our rags and poverty, but there are few examples of optimistic art. Better our dirty linen hung out in the sun than the inane white telephones of the earlier little charades.

In 1952, as an industry, the Italian cinema came second in world ranking after the United States. Many actors and many Hollywood directors moved to Rome. They say that our atmosphere excites the imagination and they use funds from rental fees that can’t be transferred. “Colossals” were made like Quo Vadis. Machines and workforce satisfy every requirement.

To minimise the use of capital and increase the advantages of “exploitation”, co-productions were often resorted to. The French, in particular, favoured such schemes: films with dual nationality (technicians and artists of both countries are employed proportionally) consequently enjoy the benefits granted by both countries. Even from the point of view of aesthetics, the results are remarkable (Beauties of the Night, Fanfan la Tulipe).

In 1952 we produced 132 films, 380 shorts, 330 documentaries. We were followed by France with 100 films, Britain and Germany with 60. We use Italian colour film, Ferraniacolor, and it seems we are making inroads, with Ulysses no less, even into a 3rd-dimensional system.

For the time being, there is no sign of crisis: as compared to 1951, receipts are up by 12%; our film reels are circulating in seventy different countries; 18 thousand people are working on film-making activities. Film performances are always the audience’s favourite (tax revenues last year amounted to roughly 16 billion, 650 million lire) and competition from television is certainly no threat. According to anica (Associazione Nazionale Industrie Cinematografiche ed Affini – the Italian Film Industry Association), “it would be difficult to find a more favourable trend for our industry”.

[…] We should also bear in mind that today 2400 townships are still without cinemas and that low frames-per-second screenings are undergoing rapid development. In any case, the strength of our cinema lies in export. A film with an average cost of 90 million […] may get receipts for 40 million from the Italian market, reaching 73 on counting the partial refund from the tax office, granted on a protectionist basis by a special law, commonly known as “the prize law”.

[…] We know that, to be entitled to a prize, films must pass the scrutiny of a special Technical Committee, which judges those deserving a refund on the basis of an aesthetic assessment […].

The Banca Nazionale del Lavoro has set up a special loan section and finances 70% of our national production. […] Clearly, without considerable credit, our film-making industry would not survive, owing to its peculiar economic and financial trends. A producer can only hope to recover 50% of costs in the second year of screening. […]

Despite the relatively low cost of tickets (Milan and Rome have the highest prices, and Charles Chaplin with Limelight proved to be the greediest producer, imposing the highest guaranteed minimums for hiring and cinemas), Italians are not among the most assiduous movie-goers.

In a single year, the English go to the cinema 44 times, the Americans 28, the Italians 21, the Germans 18, the French 13. Our audiences, which once absolutely rejected Italian films, now often prefer them even to American cinema, which holds the record for receipts and dominated and still dominates our market. […] Soviet films don’t satisfy audiences, not even the more “progressive” sort: just consider the results of screenings in that bastion of Soviet supporters, Emilia.

Don Camillo (directed by Duvivier, produced by Rizzoli, story taken from Guareschi’s tales) beat Gone With the Wind, with one billion lire in receipts in Italy.

[…] The prize for the lowest receipts goes to two works by Roberto Rossellini: Francesco, giullare di Dio (The Flowers of St Francis, 20 millions gross) and L’Amore which, despite starring Magnani, didn’t exceed 30 millions.

These figures are highly indicative, and not only from a commercial point of view: they allow us to draw a kind of diagram of taste. The favourite actors of the masses are the mature Amedeo Nazzari and Totò; Silvana Mangano is the actress who “draws” most; the couple most favoured by the public – always based on the day’s takings – is Nazzari with the buxom Greek Yvonne Sanson.

[…] Popular novels and famous events are a sure success, both as a performance and from a financial point of view, so long as they are brought up to date with the insertion of details that make them in some way topical: Le due orfanelle (The Two Orphans) and I miserabili (Les Misérables) are cases in point which have seen numerous remakes […].

The comic films most cheered by audiences and producers alike are Totò cerca casa (Toto Looks for a House) and Guardie e ladri (Cops and Robbers), with, as performers, the wildly extravagant Neapolitan nobleman, and Aldo Fabrizi.

From this inquiry, it is easy to deduce favourable prospects for our cinema, and equally easy to diagnose the dangers that beset it.  We have to go beyond the formula of Neorealism, as Castellani has already done with his humour, injecting the comic element into the “genre” and giving new meanings to events. From Castellani’s dramas, hope emerges. It is important that stardom, with its absurd demands, does not affect production costs too much, and it is just as important that our actresses are not merely “revelations”, “discoveries” of beauty contests, but are trained as actors (Garbo and Bergman are both pupils of the “Dramaten”; Hepburn, Morgan and Davis were discovered on stage).

We have 10 establishments (7 in Rome, one at Tirrenia, one at Turin, one at Milan) with 43 film sets, first-class technicians, several directors – Rossellini, De Sica, Visconti, Blasetti – of international renown, and an increasingly successful younger generation: De Santis, Antonioni, Castellani, Lattuada, Germi, Zampa, Emmer. By avoiding amateurism and bearing in mind that only works of high artistic value conquer the market and make an entire production popular and stand out, and by seeking plots from our daily adventures to tell and show, without false pride, what we are, we can maintain the ranking we have achieved by merit of our intelligence and courage. 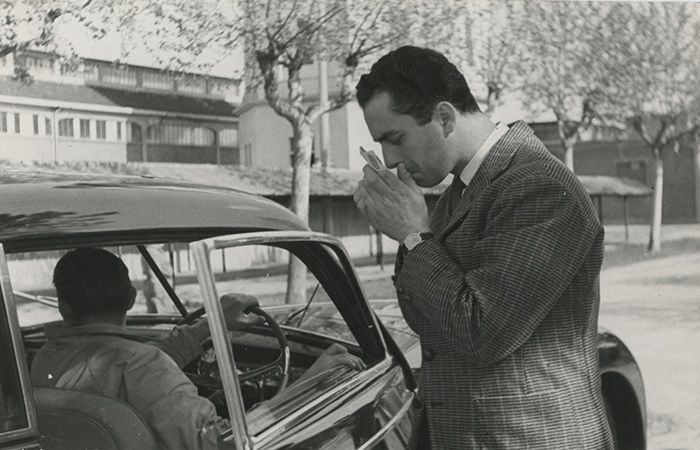 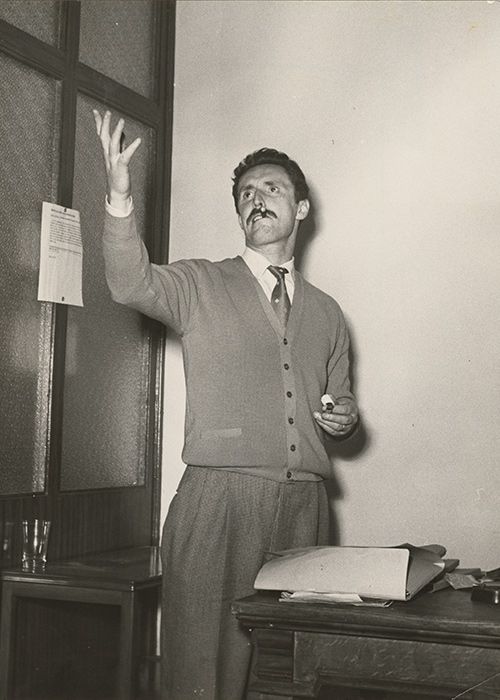 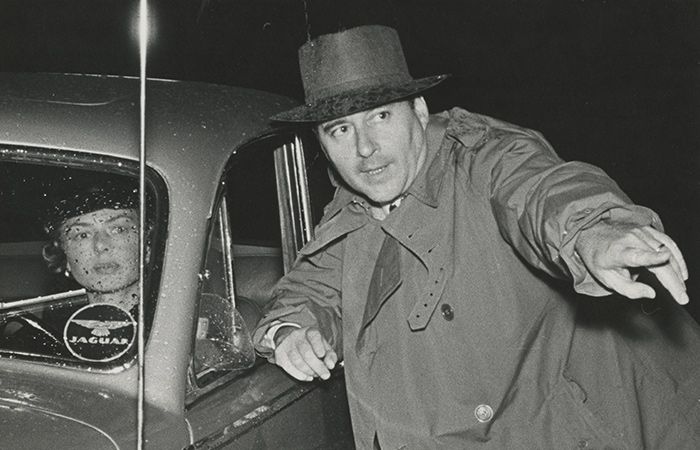 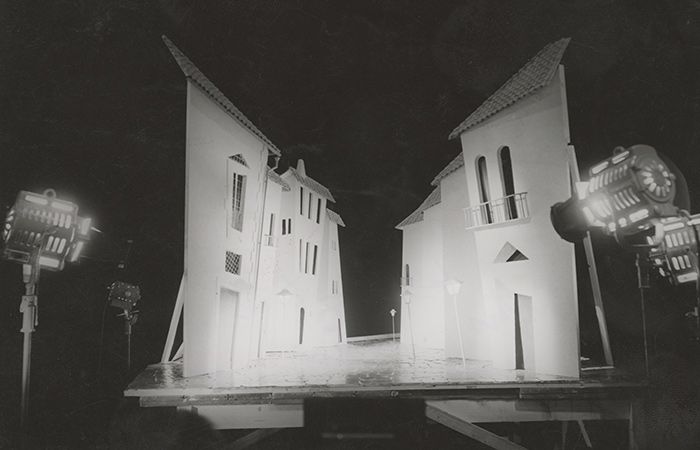 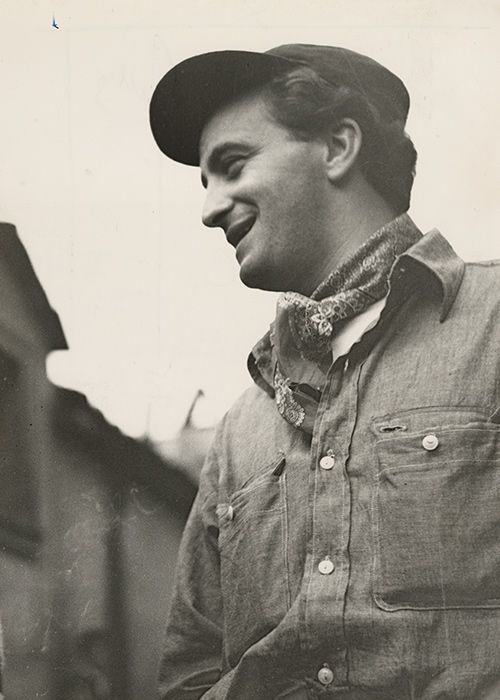 by Alberto&nbspPirelli
Some aspects of the Italian economy from 1870 to 1950
Politics and the Economy
by Lietta&nbspTornabuoni
P.P.P.
Culture and literature
by Marise&nbspFerro
The polythene housewife
Society and Lifestyle
by Morando&nbspMorandini
Jerry Lewis, the Last Comic Actor
Cinema TV Music and Entertainment