Go to the magazine “Pirelli magazine is notable for the particular attention it pays to culture, in all its forms: literature, contemporary figurative arts, theatre and cinema, science and technology. A lively, active culture that, from places of learning and ideas (universities, publishing houses, and newspapers), ventures into the everyday life of companies, cities, and a society on the move.”  Antonio Calabrò

Pirelli magazine was launched in 1948 with a mission that made it quite different from other company house organs – such as Adriano Olivetti’s Comunità – in terms of both its subjects and its readership. Gian Arturo Ferrari writes: “At least from 1949 onwards, Comunità appeared with the typical graphic style and allure of a magazine of high culture, whereas Pirelli immediately and deliberately adopted the look of a popular monthly, and thus with an eye on current affairs. While the readers of Comunità were intellectuals, those of Pirelli were to be the evolved urban middle class that was spearheading the Reconstruction at the time, and that would go on to lead the way in what became known as the ‘Italian miracle’. The graphic design therefore had to reflect that of other popular magazines.” Arturo Tofanelli, the editor-in-chief of Pirelli magazine and the former editor-in-chief of Tempo, one of the most widely read periodicals just after the war, imposed a graphics policy in line with the zeitgeist of the publishing world of the time. The covers by the photographer Federico Patellani show the faces of sports heroes (from Nuvolari to Coppi and Bartali, Ascari and Zeno Colò, Fangio and Enzo Ferrari), the faces of science (Enrico Fermi), of architecture (Pier Luigi Nervi and Gio Ponti), and of design (Dante Giacosa), with some concessions to in-house heroes such as the Engineer Emanueli, whose phrase “Adess ghe capissarem on quaicoss: andemm a guardagh denter (“Now we’ll understand something, let’s go and look inside”) still greets those who enter the Pirelli Foundation, asserting the pioneering spirit of the company’s business culture. The editorial aims and the themes of industrial culture are reflected in the graphic design of the layouts, which also adopt the measures and stylistic elements of the publishing world. The pages change their look between one article and the next, using different columns and type areas to give rhythm to the feel of the magazine. It is a magazine with lots of words and lots of pictures. The works of great photographers alternate with illustrations by such famous names as Fulvio Bianconi and Marcello Nizzoli.

Born in 1908, like Sinisgalli, in Cerreto Guidi, Tuscany, Arturo Tofanelli, a journalist and writer, was one of the first editors in 1939 of the periodical Tempo, published by Mondadori. He became its editor-in-chief in 1946, and in 1948 he joined the founding group of Pirelli magazine. He was immediately appointed editor-in-chief, first together with Sinisgalli and then, from 1952 to 1954, on his own. In 1955 he was joined by Arrigo Castellani and in issue number 3 of May-June 1957, the magazine published his farewell editorial. 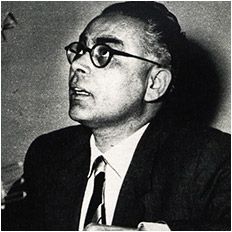 Born in 1908 in Montemurro, in the province of Potenza, Leonardo Sinisgalli was taken on by Pirelli as an advertising consultant in 1948, by the then general manager Giuseppe Luraghi. He was already a well-known poet, as well as a scholar of architecture and design, and had previously worked with Olivetti as head of the technical advertising department. It was thus under the artistic direction of Sinisgalli that the project for a company magazine was launched, opening the world of the Pirelli Group to the public. In 1952 Sinisgalli followed Luraghi to Finmeccanica, helping found Civiltà delle macchine.