For centuries, the people living in the villages around Etna have known destruction and suffering, and every time they have started living again. The battle against the giant is one of perseverance and strength and is repeated day after day, in a vast theatre in which rocks and basalt abysses are found together with chestnut coppices and pine forests and the sombre colour of the lava is mitigated by the vineyards and orange groves. A crater near the Sapienza refuge. There are hundreds of craters scattered over the slopes of Etna. Many, like this one, are barren cones covered with lava and criss-crossed by winding paths climbed by groups of panting tourists. Over centuries, others have become fertile tree-filled hollows full of vegetation.

Lava is a raw material and much used in the region. It paves the city streets, blocks are cut for the construction of houses and buildings, it is ground and sieved to make mortar. […] The inhabitants near Etna live with a certain resigned tranquillity in the shadow of the menacing volcano. In living memory, Etna has “woken” at least one hundred and thirty-five times, destroying houses and villages, obliterating roads, vineyards and citrus groves. But many people here live with the conviction that the volcano never strikes the same village twice. That’s cold comfort, and it counts for those villages – many indeed – already touched by the ire of the volcano.

[…] It takes about one hundred years for the lava to be “worked” by the sun, wind, and rain and become fertile. The appearance of broom and the prickly pear is the first timid sign of this miracle. It is time then for the country folk to get to work and with alacrity, start to reconquer their land foot by foot. And so the vineyards and olive groves are reborn, as well as the splendid orange tree orchards. […]

Etna shows is harshest face: a hellish topsy-turvy of peaks and craters, dark with lava, barren except for some haphazard clumps of broom. But the valley already shows some signs of recovery: the almond and pistachio trees are in bloom. A short distance away, young beech saplings climb up the steep slopes of Monte Maletto, Nave, Monte Spagnolo and Monte Santa Maria. […]

The wines of Etna are famous: many varieties, from the potent and aromatic to light, used to cut other wines or to be drunk straight; white, red, rosé, amber yellow, straw-yellow and green-tinged. These wines appeal to French palates, as well as the Schiller’s Weine much loved by Germans. They all contain high levels of iron and lecithin, and are so healthy as well as pleasant to drink. […]

The carnival celebrations of Paternò are something not to be missed: with the costumes, floats, popular dance, puppet theatre and story tellers, there is a lot to make one happy, but even without the carnival, Paternò is still worth the trip. There is an impressive Norman castle, thirty-odd churches – some of which truly stunning – and then the “gardens”. Paternò is the orange capital: hundreds of hectares of dense green carpet that from November to May are speckled with the colour of ripening fruit.
[…] Every year on the May 10th, a great festival in Trecastagni is held in honour of the three martyrs saints Alphius, Philadelphus and Cyrinus. Thousands of people come from all over the province: some are dressed in shirt and short trousers with a red band slung over the shoulder. Barefoot – they are called the nudi, the naked –, they walk the thirteen kilometres from Catania to the village with a heavy processional torch on their shoulders and chanting continually: “Long life to Saint Alphius!”. At noon, when the statues of the three saints leave the sanctuary on their floats and start to parade through the streets of the village, fathers raise their sick children (and also the healthy ones) so they can kiss the statues and receive their blessing. Naturally, a little fair is held in the square in front of the Sanctuary: on sale, Caltagirone majolica ware, drums, tambourines, guitars and beautiful plaits of fresh garlic. […]

Etna is covered in lava flows, but often the brown colour gives way to green: in the valleys and foothills around the volcano, there are many dense woods, some of which are very large: chestnuts in Cassano, Val San Giacomo, on Monte Fior di Cosimo, oaks in Cerrita, pines and birchs in Cubania and Linguaglossa. Zafferana is one of those villages situated on the edge of the forest. It also has something else, something rare and quite precious in this area: many fine fresh water springs. […] The local inhabitants never enter the crater. Tourists go in search of emotions, dressed for adventure and silent after the strenuous ascent. After the chill at three thousand metres, they come face to face with the crucible of fire and smoke. The locals never want to look into the mouth of the giant. For them, Etna is “the mountain”, and even “our mountain”. But it is also iron-coloured lava, huge boulders and basalt rock faces, lava that suddenly starts to flow, slow and fiery from a crevice in the mountain on its implacable and unstoppable path. Tourists look on exited by the mountain that seems alive, thinking of the terrible forge of Vulcan, of Polyphemus in love with Galatea and jealous of Acis the shepherd, of Polyphemus blinded by Odysseus and still wandering furious over the mountain. With all these things in their mind, they depart for the North. But the villagers remain, and this is why they never climb up to the crater. 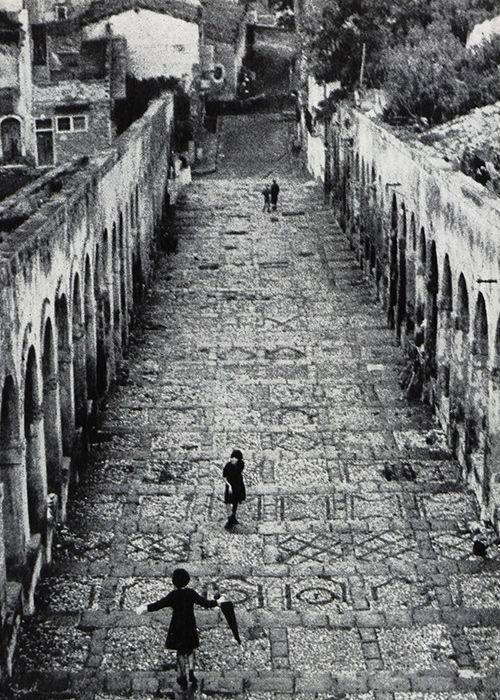 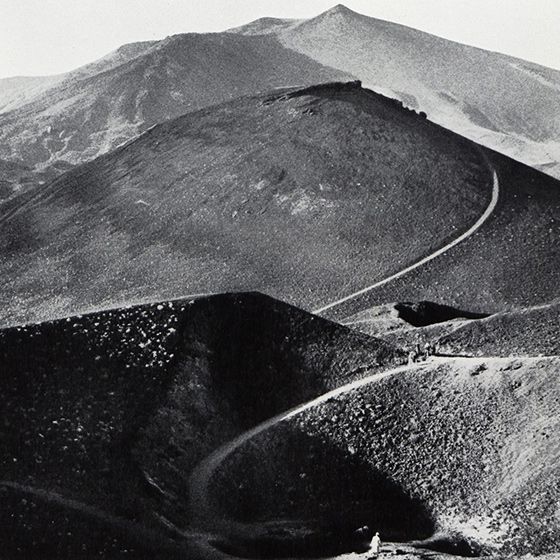 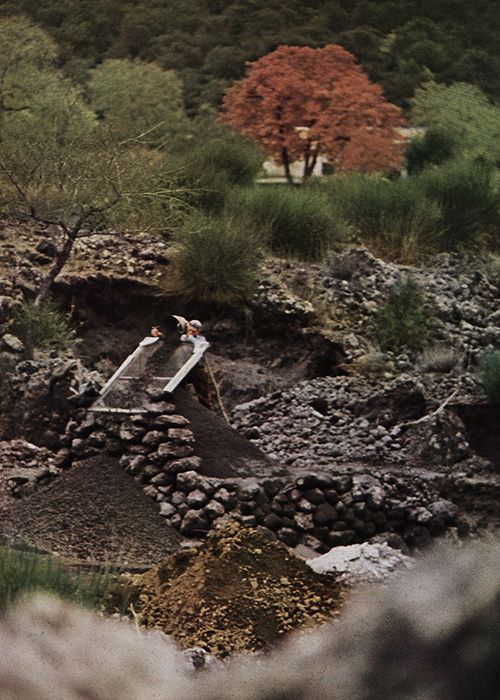 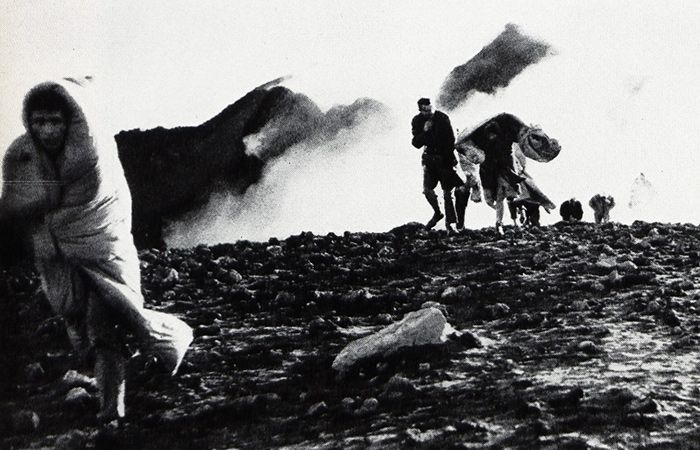 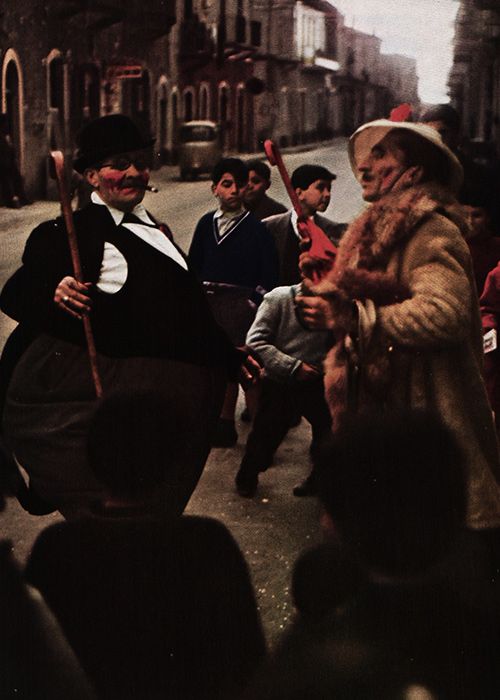